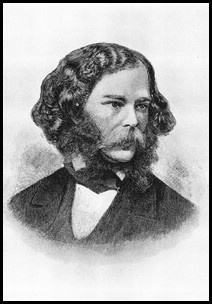 Next time, in part 3 of my analysis we are going to take a closer look at the cuckoo and at Fat Nancy, so stay in touch with this website. As always, your comments on this article are highly appreciated…..

Fair enough, but as usual Dylan is not as straight forward as Kees would have it. God's priest would put out your eyes, not open them, and it's Darwin who's wanted either dead or alive, ie, in the latter case, his theory still remains for examination.

Meaning is left open to the eyes of the beholder, but not so wide-open that the meaning is beyond the scope of the lyrics.

I like what you are saying, but as for my part, I never thought of God as the Judge/Sheriff, I thought of these 2 as characters of the racist South in the USA...but I do like what you interpretation is...

Seems to me that Dylan is saying that human beings aren't capable of opening their minds to every conceivable point of view. Your command of English seems equivalent to mine, so I hesitate to mention that in the US, at least, jokes are very often set up with "A Jew, a Yank and a Mexican..." or some such selection. Starting a line that way gives one the impressing a joke is coming. I respect your connection to Lewes but it's not convincing. Darwin introduced one of the great shocks to the ego of man. Just that is enough to link Darwin to the idea of stressing the human mind with constant change -- and the dangerous madness that can result. From an American perspective in Dec 2013, 12 years after the song was released, it seems a prophetic description of the end of any kind of consensus about what the American Project is.

Jesus says in Matthew to make peace with your accuser lest he hand you to a judge, who hands you to an officer, who puts you in prison (5:25). If there is a link between this passage and the Judge and High Sheriff in the song, Dylan is not referring to God but to the Oppression System of his day, just as Jesus was -- certainly not divine justice!

Thanks for you site, for sharing your thoughts.

Highway 5 is on the east coast of the USA, not in California.  It travels through Connecticut, Massachusetts, and Vermont.

I love your work, Kees.

Great analysis. I can't find part three, has it been published? Thanks

I think when he says "either one" he is referring to "dead or alive," not Lewes or Darwin. He doesn't care if they catch him dead -or- alive... good piece though!!

Keep up the good work. Find your research interesting.