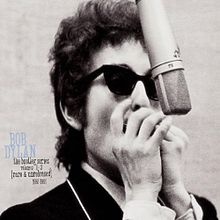 Lyric analysis of Bob Dylan’s ‘When the night comes falling from the sky’ – Part 1.

Will be continued…”when my memory is not so short”…….

Warning to Dylan haters, the flloowing comment will make you gag.Bringing it All Back Home: that's the chronological start of the Dylan I love. Electric Dylan. It's the music you love when you are 17 that sticks with you all your life.I used to think that too, but not so much any more. And that's because of Dylan. I'm a latecomer to Dylan. Which is surprising, because (as a Generation X-er) I used to fancy myself quite the music geek/ connoisseur, but for some reason never got into Dylan. Didn't even broach him really-- I guess because I had some idea of "Dylan" (the folky "political" Dylan) that put me off. It's only in the last few years-- my mid to late 30s-- that I've delved into the Dylan canon. And have come to love his music more deeply, I think, than any music I ever loved in my youth. It's an interesting experience, because my relationship to his music (as someone about 2 decades past 17) is one I haven't felt for many years-- something like the kind of intense intimate involvement I felt for my favorite music between the ages of (say) 14-21. I didn't think I would ever feel like that about any musician again. And I feel like Dylan's music is likely to be a companion to me for the rest of my life. Whereas much of the music I loved in my youth no longer speaks to me, no longer deeply moves or touches me. Let me amend that: it does move and touch me, but much of that is due to nostalgia, the Proustian rush, the poignancy of reembodying (remembering through the bodily experience of listening to that music) what it felt like to be the girl I once was (and in some sense will always be). It's difficult to put into words what the relationship to certain music-- music that serves as something like the soundtrack of one's inner life-- is like. It's as much a meditation with/ into oneself as listening to the voice of an external other. Some verses of Wallace Stevens's on poetry come to mind. In a way I've only just begun with Dylan. Started with Bringing It All Back Home, Highway 61, Blonde on Blonde: these 3 albums were pretty much all I listened to, compulsively, for almost a year. They made me a Dylanophile for life. Then I got into late 60 to mid 70s Dylan: these are the albums I probably listen to most often these days, especially John Wesley Harding, Nashville Skyline, Blood on the Tracks, Basement Tapes, Desire. But love the others too: Self Portrait, New Morning, Pat Garrett, Planet Waves, some of the concurrent live albums. And that's as far as I've gotten. Late 70s and 80s and beyond, all that awaits me. Looking forward to listening to it all. (That's such a great feeling. It's like falling in love with a prolific novelist, poet, film maker, whatever, and having a great deal of his/ her oeuvre still before one, yet untapped.)As a longtime Althouse reader, I have to say, her love for Dylan probably played a part in my my decision to seriously check him out. That, and my love for Luigi Ghirri-- one of my favorite photographers-- who deeply loves Dylan too. So, thank you Althouse. Even aside from your blog (one of my favorite blogs), I owe you so much-- just for playing a part in my discovery of Dylan, at a time in my life when that's just what I needed and just what I wanted.

ive always fely his best live version was on before the flood, with the band. he played a lot of great songs that unfortunitly the lyrics tempo and spewing out his words changed the songs from masters to just good dylan tunes

Wonderful article, Kees, about one of Dylan's most under-rated songs. Can one imagine a more daring and ambitious subject for a work of art than to put oneself in the person of Christ at the Last Day, and it is the true mark of genius that Bob pulls it off? I agee that the bootleg version and the versions mentioned by Craig are all wonderful, but personally, I like the "Empire" perhaps the most. Regarding the line “It don't matter who loves who, either you'll love me or I'll love you”, I interpret it as a warning to the illicit love that seems to dominate our time, rather than a comment on divinely-approved matrimonial, sibling, filial or other pure temporal love.

Great song.  May I suggest the finest versions of this song are from Dylan's 1986 tours with Tom Petty & the Heartbreakers.  My favorite was from a performance in Sydney, Australia, recorded for a DVD called Hard to Handle....perhaps you're familiar?