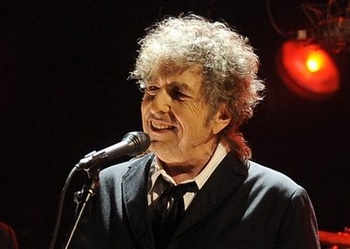 In our first article we discussed the refrain of the song: ‘I pay in blood but not my own’, in this article we start examining the verses of the song. On the internet some have argued that the verses of the song represent a dialogue between a slave and his master; the slave is meant in those verses which speak of pain, suffering and hardship and the master is meant in those verses which speak of revenge, retribution, punishment and violence. Implicitly the whole institution of slavery is tackled and the western nations, including America, are ‘accused of murder’ for so long having kept up a system of human repression, just for financial gain. Although, as we will see, not all verses deal with this issue and the perspective shifts continuously, yet I think there is a lot of truth in the notion that a large part of this song deals with slavery and its horrible consequences. That the song for a large part is about slavery may be backed up by Dylan’s recent RS interview. In this interview Bob Dylan says that stigma of slavery ruined America and he has a hard time believing the country can get rid of this shame because it was ‘founded on the backs of slaves.’ Dylan goes on to say that in America “people are at each other’s throats just because they are of a different color; it will hold any nation back.” Dylan also said:  “If slavery had been given up in a more peaceful way, America would be far ahead today.”

We move on to the second verse of the song:
‘Night after night, day after day, they strip your useless hopes away,
the more I take, the more I give, the more I die, the more I live.
I got something in my pocket make your eyeballs swim,
I got dogs could tear you limb from limb,
I’m circling around the Southern Zone,
I pay in blood, but not my own”.

In ‘Night after night, day after day, they strip your useless hopes away” we see again that once you’re in the slave-driver’s hands, any hopes of a livable future are reduced to zero. On a deeper, spiritual level, these words refer to the healing power of the Holy Spirit, in a continuous process of inner renewal, the Spirit dashes, strips, any hope the human condition may have to redeem itself from the cycle of death under its own power. Apart from this, also this line seems  partly inspired by Ovid Book III of The Black Sea Letters which has: “When I return to this place, gods and heaven are left behind me: the Pontic shore is close – too close to Styx. And if my fight goes against Fate’s prohibitions, then strip me, Maximus, of my useless hopes”.
In “The more I take, the more I give, the more I die, the more I live” the poet alludes to the teachings of Jesus and Paul. There seems to be something paradoxical in these words. These words seem contrary to received opinion and common sense; something which in appearance is absurd, but yet may be true in fact. It all has to do with the process of inward renewal by the Spirit, which is a precondition to get rid of all slavery in its deepest sense. If you surrender to this process, it looks as if you are a loser (confirmed further on in the song by: ‘Low cards are what I’ve got’) when in fact you have a winning hand. When you give more than you take, you end up with nothing. Ending up with nothing because you chose to give instead of take is only absurd when you do not reckon with the blessing of God which ultimately is behind everything, just as it says in  Acts 20:35”: “You should remember the words of the Lord Jesus: ‘It is more blessed to give than to receive’.
The words “the more I die, the more I live” seem equally paradoxical and absurd. These words allude to what Jesus says in Mat. 10:39: ‘If you cling to your life, you will lose it; but if you give up your life for me, you will find it’. The process of change, of inward renewal is a painful process and feels like dying but in the end it leads to life in abundance. In this respect Hebrew 12:, 11 rings true: “No discipline is enjoyable while it is happening—it’s painful! But afterward there will be a peaceful harvest of right living for those who are trained in this way”.
When we hear the words: “I got something in my pocket make your eyeballs swim, I got dogs could tear you limb from limb, I’m circlin’ around the Southern Zone” the swing apparently has moved to the highest point if its opposite direction, but it all happens within the same personality. The slave and the slave-driver are one and the same person. On the one hand, the process of change has softened and humiliated his heart –‘the more I take the more I give’-  but on the other hand,  the alter ego representing revenge, retaliation, the slave driver’s attitude,  is still very much present within himself, lingers at the bottom of his heart, and is ready to lash out mercilessly. But the good news is that the poet is aware of the fact that this dark craving for bloody revenge still lingers at the bottom of his heart. Awareness of these dark feelings is the first precondition to combat those feelings of hatred and revenge, and that is exactly what the Spirit wants to bring about in a man. If you want to combat those feelings it is necessary to look into the mirror, and to become conscious of those feelings. The worst thing that could happen to a man is when he deceives himself and when he thinks that he does not have those kinds of morbid feelings and that he is a better person than anyone else. “I got something in my pocket make your eyeballs swim, I got dogs could tear you limb from limb” proves that he has the weaponry and the means available to strike his opponents a mortal blow and that he is ready to use these weapons in such a way that his enemies will never get up again. The dogs are ready and will tear you apart limb from limb, in the same way as dogs tear apart an escaping slave or prisoner.
” I’m circlin’ around the Southern Zone” at first glance reminds you of the so-called ‘Southern Zone’ which stretches from the South African Cape to the border between Zimbabwe and Zambia, formed by the Zambezi River. It is more likely however, that this is an allusion to the Southern part of America. The South of America held on much longer to slavery than the North. So when it says” I’m circlin’ around the Southern Zone” it may give you the idea of some sort of vulture, a vampire maybe, circling around in the Southern States of America to find new blood, new victims to enslave. For all these ugly things, payment in blood is necessary, but once again we say: it cannot be his own blood, redemptive blood from elsewhere is necessary.

As always, please respond to this article by scrolling down to the bottom of this page and then push the link ''reacties".