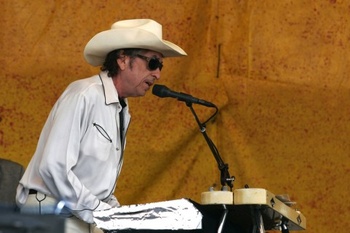 In this article we take a closer look at verse 3 and 4 of this fascinating song. Verse 3 reads:
“Low cards are what I’ve got
But I’ll play this hand whether I like it or not
I’m sworn to uphold the laws of God
You can put me out in front of a firing squad
I’ve been out and around with the rowdy men
Just like you my handsome friend
My head’s so hard, must be made of stone
I pay in blood, but not my own”.
In most games of cards when you find out that you have received low cards, you say to yourself: “Low cards are what I’ve got”, and you simply say : ‘I pass’, but in this case the player is determined to play on and says “I’ll play this hand whether I like it or not”. The question of whether ‘he’ likes it or not to play on seems just as irrelevant as the question of whether ‘you’ like it or not. Whether he likes it or not is not even a question. Nevertheless he at least suggests that he is not going to like it to play on and implicitly suggests that the vast majority of his fans and followers are not going to like it either. ‘You can’t win with a losing hand’ Dylan wrote in ‘Things have changed’. What is Dylan hinting at here? Part of the answer is in what Dylan wrote in the song ‘Series of Dreams’:  ‘And the cards are no good that you’re holding, unless they’re from another world’. When, in this world, you say: “I’m sworn to uphold the laws of God” you have a very low card indeed, at least so it seems. Although it is a very high card in this other world, a world you can’t see with your eyes, here on earth it is a very unpopular card indeed and although it’s a card he does not like to play, -in fact nobody would like to play this card at all-   he has to play it, he has sworn to play it. Why? Well, I think that the 60 minutes CBS television interview Bob Dylan gave in 2004 might give us an important clue. In this interview Dylan is asked why after so many years he still out there on stage, performing all of his songs on tour. After emphasizing that he doesn’t take any of it for granted, Dylan gives the following reply: ‘’It goes back to that destiny thing. I mean, I made a bargain with it, you know, long time ago. And I’m holding up my end’’. On the question what his bargain was, Dylan answers: ‘‘to get where I am now”. And asked whom he made that bargain with he answers: “With the Chief Commander, in this earth and in a world we can’t see”. No matter how elusive this answer may sound, one may easily read between the lines that his part of the bargain, as Dylan sees it, might have been that Dylan would “uphold the laws of God”, he has even ‘sworn’ to uphold the laws of God. Upholding the laws of God may mean that Dylan feels that as an artist he has to act as ‘watchtower’, to warn people, in some sort of a way just like the old biblical Prophets once did, that this world is doomed. It may be the reason why the song ‘All along the watchtower’ which dwells on this subject, has run like a continuous thread through almost all of his gigs for so many years. He seems convinced that he has a mission to fulfill in life and he has found a way to express his determination that he will adhere to the principles of this mission, that’s why he says: “You can put me out in front of a firing squad”. If this is necessary he is ready to give his life for his conviction and to become a martyr. Even being put out in front of a firing squad will not make him change his mind; he will uphold the laws of God, no matter what happens to him.
The words “I’ve been out and around with the rowdy men” are heard differently. Since there is no official transcription, some hear ‘rising’ men instead of ‘rowdy’ men. ‘Rowdy’ may mean ‘disturbing the public peace’ and that is exactly what Dylan has been doing all his life, e.g. what he did when he wrote all these protest songs in the sixties, therefore ‘rowdy’ seems to fit better than ‘rising’’. He has been ‘out and around’ e.g. with the ‘rowdy’ sixties ‘counterculture’ and adds “just like you my handsome friend”. “Handsome” means pleasing in appearance especially by reason of conformity to ideals of form and proportion, also agreeable to the correct (political) taste. Therefore, when he says “my handsome friend” there is an undercurrent of irony and bitter sarcasm in his words. His so-called “handsome friends” followed and supported him as long as long as the “voice of the sixties counter culture” – as they saw him – was mainstream, popular and suited their political agenda. Later on however,   for example in the late seventies, when Dylan converted to a very unpopular type of Christianity, most of these former friends, who could not get their neck around this, were gone.  Dylan has always had a stubbornness, always going in the opposite direction of what the experts say, that is why he goes on to say that “My head’s so hard, must be made of stone” shows his determination and stubbornness not to back down on  -what he regards  - as critical issues. His handsome friends follow the main stream and retreat when it no longer suits their agenda but he is ready to persist and to walk the line till the very end. Why? Because he says: “I pay in blood, but not my own”.  The price paid for him is just too high to give in.