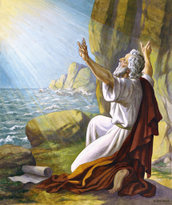 Please comment on this article, scroll down to the bottom of this page and press the button ‘reacties’

And a demented so-called and self-called "Christian" did just that.

Hans offering of a multidimentional view is what I also get from listening to many of Dylan's song lyrics.

It can certainly be said that Mark David Chapman 'served himself'.

Although I admire your inventiveness and thorough way of keeping the thread of your analysis everytime I read your interpretations of Dylan songs, which by the very nature of the ambiguous content of the lyrics call for various reactions, I cannot help but object sometimes, and in this case I am even driven to object. As I have experienced in my upbringing, Christians often tend to suffer from the tendency to have everything in this world of expression, from art to philosophy, pointing towards what they call the truth of Christ. Dylan has opposed to this way of one dimensional thinking, which can also be found in circles of communist and capitalists, when he wrote his Back Pages. This did not prevent him from sometimes falling victim to the urge of bringing the same kind of black and white messages, as he has admitted to being prone to being over excited when he finds something new. His best poems nonetheless are characterised by containing the ability to reflect the many dimensions of reality. Sure he is religious, has always been, and since the eighties Christ has become the most important figure in his search for the richness of experience expressed in tradition. Yet, its this narrowing down to one meaning he tries to avoid, by having his songs be a vessel for visions coming from all kinds of directions. He has welcomed chaos, as he said in the liner notes of Bringing it all Back home, because that's the place where for the poets the chemistry of the truth takes place. So if you connect St John to this song, which has Lennon as the 'stepping stone', you are in my oppinion completely in vein with the intentions of Dylan, but if you from there on continue to narrow the content of this moving elegy to a reflection on the light of Christ, I fear you miss a lot of its richness. More than once Dylan has hinted at his seeing of ghosts, and although also this aspect is just a facet of the diamond of truth that shines in Dylans poetry, I believe that one one level at least he refers in this song to the spirit of John Lennon that should not cease to shine its light, altough in person he has been murdered by the multitude on which he shone his light when still alive. This world was darkened when Christ was hung on the cross, and there was darkness when the shot rang that killed Lennon, and in these dark days I feel that Dylan is praying for the light of those ghost that accompany him to keep shining on this world... But there is more to be found, also in this song, just keep searching! Still: Thanks for your Christ oriented views, which are enrichening nonetheless.

the light refers surely to the wisdom compassion and exposure of society's hypocrisy, bringing down of sacred cows etc etc in john's music/lyrics /lifestyle

Hi kees,
The song Serve yourself is actually Trust yourself and can be found on the Lennon box Anthology, CD 4 Dakota.