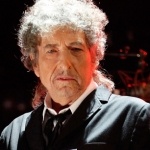 In this third article we take a closer look at the verses 2 and 3 of this song.

I doubt whether in the line ‘Wasn't no way out of that deep dark cave’  Dylan had Shakespeare’s ‘The Tempest’ in mind, where at Prospero's cave, Miranda meets Ferdinand carrying logs for her father. At this cave they exchange their love for one another and vow to be married, nor, for that matter, Fagles Translation of ‘The Odyssey’, page 137, where it says "He heads for his bed of rest in deep hollow caves’.
We rather feel that ‘Wasn't no way out of that deep dark cave’ refers to the cave on the island of Patmos where John the Apostle, in a vision, received the Apocalypse: ‘The Book of Revelation’ in 95 AD. A sanctuary and the Monastery of the Apocalypse were later built around the cave that tradition identified as the site where John received those visions. Today this site is still a major tourist attraction on Patmos.
Ostensibly silenced and outranged by the Roman emperor Domitian, it looked as if John the Apostle had entered a dead end street: ‘Wasn't no way out of that deep dark cave’. The same feeling is expressed here as Dylan once wrote in the song: ‘Marching to the City’: ‘I’m chained to the earth like a silent slave, trying to break free out of death's dark cave’. However, when it says: ‘Wasn’t no way out of that deep dark cave’ this also means that there is at the same time something positive and uplifting in this phrase.  John was now ready to receive this vision and could not leave that cave until he had written down on a scroll all that ‘he saw and heard’. John's sworn testimony about how he received the messages is written down in the first chapter of the Book of Revelation.

Will be continued……Comments on this article are more than welcome. To comment please scroll to the bottom of the page and press the button ‘reacties’.

I wish to unreservedly apologise to Mr Graaf, he is entirely entitled to his opinions.

Didn't Fred Flintstone work in a quarry? I'm sure if someone tried hard enough they could make a connection. Once again this writer reinforces his own prejudices in life by manipulating Dylan's words for his own ends, the lowest form of Dylanology. Dylan would probably either be appalled or smirk.
Why does the writer find a face value answer so difficult? it's a song about Lennon, and not a very good one at that.

you got a lot of nerve : your stuff on these lyrics makes me weak in the knee, why don't you get a life of your own instead of preaching these crazy "interpretations " ?

John Lennon, like Levon Helm, was a soulmate and Dylan cries over his death. Stop, please stop making anything else out of it to fit your own prejudice .

You really make a fool of yourself man.

Incisive indeed. "‘Wasn't no way out of that deep dark cave’" brings to mind that The Apocalypse certainly got out and reached the four corners of the Earth.

Fascinating and thought-provoking as usual. It seems to me that Dylan's odd detour into talk of transfiguration in his recent Rolling Stone interview is his tangential way of alerting people to the power of naming and of using one name as a rabbit hole into another... not only John Lennon and John of Patmos, but the conjunction of Leo De Caprio and Leo Zimmerman in Tempest.

Very Interesting. Also Dylan refers to the Book of Revelation in the track Tempest which is the song preceeding Roll on John
best
Basil miller

Brilliant! you should write novels