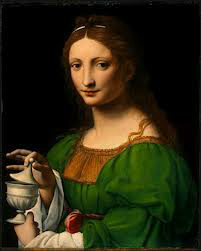 In this article we continue the analysis of this intriguing song.

I enjoy reading your complicated discussions. This reply is limited to a criticism of your analysis of the phrase "When I met you, I didn't think you would do"-- from the song "Soon After Midnight."

Most people have a variety of reasons for feeling that another person is not acceptable for marriage to them. I note that specific negative behavior is not spelled out in the song.

In the 1950's and 1960's, this phrase was commonly used in Minnesota and at the University of Minnesota: "You are not a jew, you will not do" -- it is code for a non jew, therefore, not acceptable for marriage to a jew. The shortened chant is: "You will not do." Sometimes, this code was used to harass women.

Many young and even old American women have had this complaint/position directed towards them. In my opinion, it does not automatically imply unchaste or immoral behavior on the part of any woman. Today, some Minnesota jews hold to the same position. As in the past, they view themselves as fighters trying to preserve their ethnic/religious group.

This is a touchy subject, but It's a well-known code, which it is pertinent to your analysis.

Do I know what I am writing about? Sure. I enrolled at the University of Minnesota in the fall of 1960; graduated in 1965; after graduation, I attended graduate school at the U of M.

Due to "difficult people" swirling and whirling on the web, I do not want my name and email address shown on your website. Thanks for your time.

I sure do appreciate the thoroughness with which you drive home your message that you see enclosed in Dylan's lyrics. And in many cases I just can't argue with you and believe that when it comes down to the themes, you are close to touching on what Dylan reaches for in his songs. yet, as I have observed before, I see a tendency to cover up ambiguities, so inherent in Dylan's writing, and for me the very thing why he is such an artist. Soon in his life he withdrew from those that thought in black and white (My Back Pages), and although he fell back into that trap after his conversion to a simplistic fundamentalistic Christendom (pun intended), soon he would start to express doubts again, and the endless struggle for a mysterious truth that can only be perceived through many facets of the diamondlike wisdom. Not that he left his faith in the God of the Bible, he just recognized that there as well he spoke in many tongues! Dylan has been such a great poet for mixing up the language of the street with that of the literature, and the richness of the old songs with images of the modern world. In that he creates more than just an apocalyptic vision that loses his strength by stating: and Jesus will fix it all... Things go a little deeper than that, even if his hopes are fixed upon the wall that will tumble through the strength of the Lord: it is through the rubble that we will have to reach out for the new...