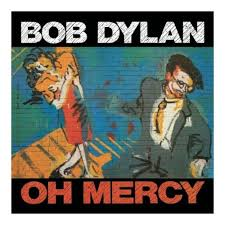 'Disease of Coneit' an analysis by Kees de Graaf

Such an analysis lends itself to comments like Leahy's even if Kees does not himself take such a conservative view of religion...or at least I do not consider that he does.

Dylan certainly does not if his works are read as a whole.

Trying to turn Dylan into some kind of life-long literalist fundamentalist Christian requires too much ignoring and/or twistingof his words by Kees.

as always, a fascinating read!

Since you chose to bring politics into it, this Irishman would assert that the candidate in the US presidential race most afflicted with conceit was the one so sure of her position that she didn't feel she had to bother campaigning in the swing states. Indeed, her narcissism was so malignant that she found herself publicly labelling the proles who lacked her sense of her own enlightenment as being 'deplorable' and 'irredeemible'. Well, they buried her from her head to her feet.

Here in Europe, we have no shortage of leaders with 'delusions of grandeur' and who think they're too good to die. They're about to get buried too. Juncker is about to be junked! The EU project was begun with good Christian intentions, but somewhere along the line Christianity was thrown over the side-absurdly, the European Constitution implies that Christianity was of no consequence in the history of Europe-and conceit, hubris took over under the influence of group-think and excessive remuneration on the part of mainly unelected bureaucrats with Eutopian delusions.

Unfortunately, having abandoned Christianity for paganism, we citizens of Europe became conceited too. We turned ourselves into pieces of meat and forgot that sex was about having children. Now, we find that we will be replaced. Europeans will discover that they are not too good to die (out).