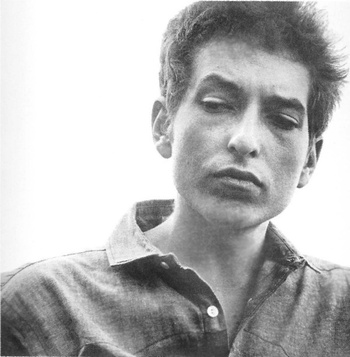 Bob Dylan’s “The Times They Are A-Changin” – an analysis by Kees de Graaf.

Bob Dylan’s “The Times They Are A-Changin” – an analysis by Kees de Graaf.

DId I miss or overlook something, or do you not agree at all, please comment on this article by just pushing the button 'reacties' below

The words “As the present now will later be past” may also be an attempt to tone down high pitched expectations. If that is what is intended, then this also reflects the book of Ecclesiastes when it says: “That which hath been is now; and that which is to be hath already been; and God requireth that which is past” (Ecclesiastes 3:15).
.
I am sorry Kees, I think you are associatively cherry picking here. The quote from Ecclesiastes is not about time going forward, in which today will become the past. The guys who wrote Ecclesiastes with a lot of phantasies and probably drugs, are saying what will be is already now or in the past, and that which was, or is in the past is now too.
.
The root-cause for christian or hindu conservatism. I think Dylan was not playing with these time shifts, even though he is a &^%$ conservative.
.
https://thebeatleshistoryreview.blogspot.com/?view=magazine